Barbara has been a volunteer for Age Connects Cardiff and the Vale for over three years as part of the charity’s Community Support service. She has built a firm and mutually rewarding friendship with her client, Irene, almost 88 years old. 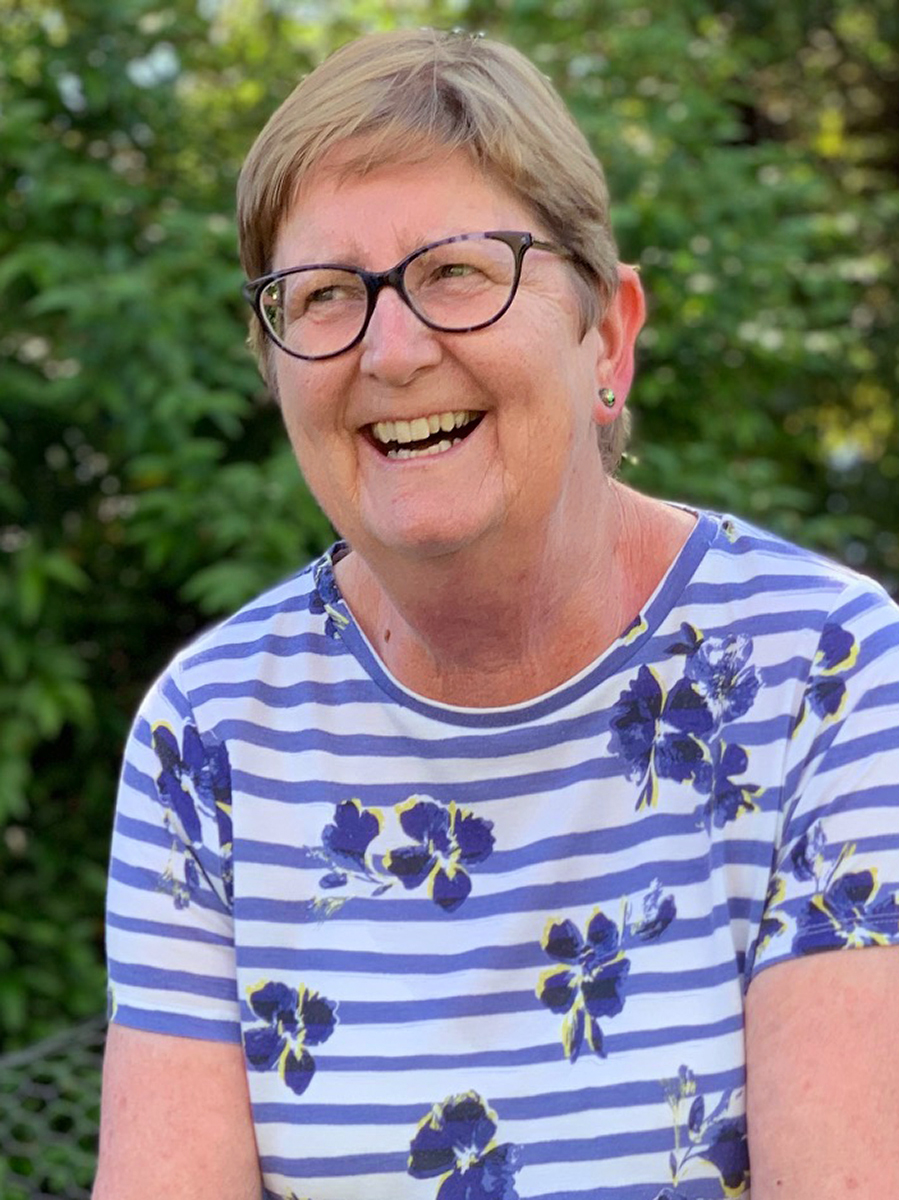 Barbara has been a volunteer for Age Connects Cardiff and the Vale for over three years as part of the charity’s Community Support service. She has built a firm and mutually rewarding friendship with her client, Irene, almost 88 years old.

‘I had been considering volunteering for a couple of years before I retired. After seeing an advert on TV depicting a lonely lady looking out of a window with tears in her eyes, my decision to become a befriending volunteer was made. The advert gave me that push’.

We hit it off from day one. We get on really well and have a lot in common. We laugh together and I know she enjoys the time we share. It gives us both something to look forward to.

‘I would usually visit for up to three hours each week, as well as post letters, pick up magazines for her and talk on the phone in between. Obviously the Coronavirus outbreak has put a stop to face-to-face visits so we telephone each other every other day. I really hope that we can get out on a little trip in the not-to-distant future.

‘Volunteering as a befriender has been a very positive experience, both for me and for Irene. I'm a good listener and she's a good talker and we’ve formed a firm friendship.  She has met my husband and grandchildren and this has given her something else to think about. My husband even sorted out a new contract for her when her boiler let her down and she had no hot water’.

When first widowed, Irene was lucky to have the close friendship of a lovely couple for many years with whom she shared days out and holidays etc. Sadly, when both friends passed away, Irene found herself all alone. With no children, her closest family living some distance away in England and experiencing vertigo, which prevented her enjoying reading and sewing and going out, Irene became increasingly lonely and isolated.

Her concerned niece contacted Age Connects on her behalf to find someone for her chat with and, in August 2018, Irene was introduced to Barbara.

Irene recommends that others experiencing loneliness and isolation should seek help from Age Connects so that they too can enjoy some companionship. ‘When I was widowed and then lost both of my close friends, I was in a state of despair. The sheer loneliness of having no-one to talk to after years of going out and about daily brought me to an all-time low. Having Barbara’s friendship, support and regular chatter, has made such a huge difference.

‘Thank you Barbara, and thank you Age Connects Cardiff and the Vale.’